I haven’t done much freelance writing lately.  Honestly, my focus has pretty much been 100% on getting the new brewery up and going.  That focus, by the way, is not gonna slow for at least a year. With everything I have to do, I do not expect to even open the doors until next fall, and even that will take an awful lot of blood, sweat and tears.

Some opportunities, however, still come up…

Even when I don’t seek them out, I have enough friends and contacts who know what I can do to feed me “snacks” from time to time. Look, when you’re known in certain circles for certain emotional things, the work kinda finds you.

I sometimes wish it didn’t.

A snack came my way recently…one I wish I had refused.  I certainly thought about doing so, but the money…

I was asked to rework an ending for a video game.  It was the “bad” ending, yes, but it still was a prominent part of the game…and one that needed attention.  The money wasn’t great, but it was better than what I get in my only-the-healthcare-matters “real” job, so of course I said yes…

All I needed to do was craft some character notes, and write a suicide note and eulogy.

I did it, of course.  I did it because I always do.  I don’t make promises that I don’t keep.  I wish sometimes that that was not the case, but I always deliver*…

*Not always on time, but I always deliver in the end.

So, I finished it…then I called out from work today and opened a new bottle of scotch.

I also cranked up the music.  A lot of music.  An amount — and volume — of music that I’m fairly certain had my neighbors calling the landlord.

Then I went and reminded myself of courage, and what it all really means.

Look, I like blues and rock and a certain amount of folk inspired music.  What I can’t stand is complete country.  I hate “hillbilly” music almost a much as I hate sell-out, commercial shit.  Which means I can’t stand 90% of what is called “country” today…

But, well, sometimes the meaning of the song transcends any categorization.  I’ve mentioned it before, but, well…this particular tune has a story that bears repeating:

I can think of no greater sign of courage, nor of love, than what Steve Earle did with the song below.  He took a song from his son, one that he never saw or heard until after his son’s suicide, and he recorded it.

Dear God, I can’t imagine the kind of strength that took.  When I need to remember courage and devotion and love…yeah, this song is all I really need.

More importantly, when I need to remember just how much art can heal and inspire, all I have to do is think about the story, and listen to this song:

Yeah, another song got in the way.  I’ll append that song to the end of this post, after the flashfiction piece, but suffice it to say that this particular song is one that absolutely demands a story.  Actually, it demands a far longer and more meaningful story than what I have written here, but this is all I have at the present moment.

One thing I will add is that I have several friends who played professional hockey at the highest levels.  My friends…they lived this song when they retired.  While many had family and friends and enough of a life outside of hockey to cope, for others retirement began a descent into booze and drugs and a need to escape.

For some — a few — it began a descent into death.

This song has power.  You have to listen to it, and I mean really listen.  To the words.  To the emotions.  To the truths.  To the costs that everyone has to face at one time or another.  In the (sad) words of Connor and Oz, “there’s always a price to pay.”

A screaming crowd in a full arena.  All the cries for more echoing and drowning out the world itself.  All the warmth and affirmation.  All the love.

He remembered when everyone knew his name.

Now, no one knew it.

The crowd wanted more.  He tried, as he always had.  He tried to give more.  Tried to be what he once was.

He tried, and he failed.

But still, the crowd wanted more.

He, too, wanted more.

Another handful of pills.  Another swallow of booze.

Even as the numbness came, he could remember the crowd…

He could remember the autographs, and the cheers…

Just as he could remember the time — just a few hours ago — when the kid had looked at him and asked, “Who are you?”

**Note — I’m using the live version of this song because it has more power than the original album version.  Look, I know it starts slow, but just listen.  Really, just fucking listen.  It’s well worth it. 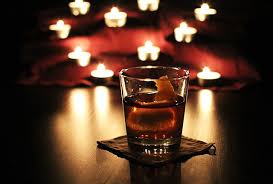 First of all…well…I love Bourdain.  I’ve read everything he’s ever written, and watched everything he’s ever made.  I was already a lover of food and travel before I ever heard of him, but Bourdain helped me — as much as guys like Rick Steves and other “ground level” travelers — to understand why I love travel and food.

He also helped me to understand my comfort zone, and how to get the hell outside of it.  Without his influence, I would not have plunged into family dinners in a country where I don’t speak even one word of the language.  Nor would I have explored the nooks and crannies of street markets and temporary food stands in “scary, third-world” countries…

And secondly, suicide and I are old frenemies.  I’ve lost far too many friends to suicide.  Much of my adult life, in fact, has been shaped by suicide.  That is the very definition of an enemy, you know, someone or something out to destroy you.

But suicide is also a partner…she’s a partner with whom I’ve danced and flirted more times than I want to talk about.  I’ve heard that siren call, in the midst of the black dog days (as Churchill used to call them).  I have sat, quite literally, with that rope around my own neck.

And that’s as far as I can go in writing a post about Anthony Bourdain, and about his suicide.  I write, in my fiction, about the demons and ghosts that haunt the backs of our minds.  I write about it because I understand it.  That’s life, as far as I know it, and I don’t need to give those voices any more power over me than they already have.

In the end, suicide is hopelessness.  Whether that hopelessness is real or imagined, the death of self is the ultimate victory of that despair.  And, no, sayings like “choose joy” or “tomorrow will be better” or “it’s always darkest before the dawn” don’t mean a fucking thing.  Those aren’t solutions, they’re insulting platitudes.

And, by the way, telling folks about how much better others have it also isn’t the answer.  “Your old friend, so-and-so, just got a seven-figure job!  Isn’t that great?”

Wonderful…thanks for that.  Life is all unicorns and skittles, now…

Look, I absolutely guarantee that you know at least a handful of folks who have contemplated suicide at one time or another.  Hell, I guarantee just as much that you also know folks who are currently contemplating suicide.  And, look, just trust me on this one: you do NOT want to deal with the survivor’s guilt of wondering “what did I miss?”

Don’t lecture.  Don’t offer bullshit platitudes.  Don’t project your own wants and needs.  There really is only one answer: LISTEN.

And, for all of our sakes — from whatever God you choose to worship, all the way down to the guy sitting with a rope around his neck right now — get over the arrogant bullshit of assuming suicide is some kind of pathetic defect or failure.  Get over the assumption that they are “failed” or “weak.” Get over, especially, the concomitant belief that you are somehow just so much “better.”

When the hell did we, as a society, decide to go all judgmental and forget the old “walk a mile” thing?

Those who commit suicide are hopeless and despairing, and they can see no way out, but they are not “failures” to be condemned to some judgmental Hell.

If suicide is a failure, it is one that belongs to all of us.

Okay, so I’ve mentioned before just how much I love music. Well, more than that, just how much music affects and informs my writing. Yes, there is a soundtrack in my head to the scenes I write. And, yes, I need music in order to write…especially, music that fits the mood and tone of what I’m writing.

I’m not going to go back and link to the posts where I’ve talked before about that – but it is something I’ve talked about before. And will talk about again, I might add.

An example of that: “C’mon Kid” by Dave Hause. This is not really a song that applies directly to Connor & Oz, in either of the two books. No, rather, it is a song that helps to define my own feelings toward the boys…the feelings and thoughts (from other parts of my life) that gave “life” to these particular ghosts.

Honestly, there ain’t many songs that break that 4th wall, and “cross the streams”.

But another one came up…and, hooh boy, is it a doozy.

It cuts to the core of the stories I am writing, and – more importantly – why I am writing them.

I’ve talked before about the ghosts of stories & characters in the back of my head. I’ve also talked of my own experience with death, and with suicide…and that Oz is, for me, the “face” of that particular demon.

I’ve written before about some of the deaths in my life (one here and the other here), but two have special power: two friends I lost to suicide….two seventeen year old boys who had everything ahead of them.

Two boys who lost their way, and their hope…and, in the end, everything else.

And so did those of us left behind.

I will not tell their stories here – they are not my stories to tell. But I feel those stories, still. And the loss. You didn’t know Mike or Trevor…and you never will. And that is the worst of it all.

What if someone – anyone – had said the right thing at the right time?

Why the fuck didn’t I?

The problems were there to see…and the inevitable result if those problems were not addressed. And that, my friends, is what survivor’s guilt is all about: why the hell couldn’t I save them?

I do my best to give time and money to charity, and to various causes.  But there is one that really matters to me: suicide prevention.

Both of these boys, separated by twenty years as they were, shared the same problems…and the same despair. I don’t go hat-in-hand often, but if you want to understand, and to help, go spend some time with the “You Can Play” and “It Gets Better” projects.

Those weren’t around to help those I lost, but they very well could be that one right voice at the right time for someone else…

The song that generated this post?  “Missing You” by All Time Low.

An excerpt for you:

Hold on tight
This ride is a wild one
Make no mistake
The day will come when you can’t cover up what you’ve done
Now don’t lose your fight, kid
It only takes a little push to pull on through
With so much left to do
You’ll be missing out
And we’ll be missing you