Remember when I talked about the new civil war I feel coming?

Yeah, my “by 2030” timeframe may actually have been optimistic.  Who would’ve thought I would be the optimistic one?!

It’s only 2020 and already we have folks arming up on both sides.  Folks walking around looking for someone to “own.”  Folks — from both extremes — deeply immersed in the view that their opponents are evil, malfeasant, and out to destroy the Constitution and US way of life.  Folks whose politics are firmly in the all-or-nothing vein.  You know the ones I’m talking about, the “If you can’t beat ‘em, kill ‘em”, “Give me Trump/Biden, or give me death” variety.

Please tell me that I’m not the only person who has looked at all this crap over the past month or so and thought, “We’re so fucked.”

The worst part is that you (well, I, to be precise) can’t even run away to a different part of the world to hide for a few months.  Good luck getting any nation to admit you when you’re from the country topping the charts for the Worst Virus Handling in the Entire Stinking Universe award… 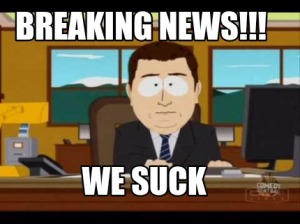 Oh, good lord do we suck.

Yes, our current government has taken corrupt incompetence to a new low, but let’s be honest here…four years ago, we pretty much got the government we “deserve.”  We’ve let the inmates run the asylum for far too long, and now the band is packing up to go while the piper gives us the bill for several decades of ignoring our own very real socio-political problems.

I was going to…but after the first few lines, I knew that was out the damned window.  Part of the problem, I should explain, is that Montana is something of a battleground state.  The Senate race here is neck-and-neck between the red and blue teams, and the ads are freaking everywhere.  You can’t watch TV or visit a website without some ad popping up with overly dramatic music and a serious-voiced announcer warning that the other guy is out to rape and eat your children. 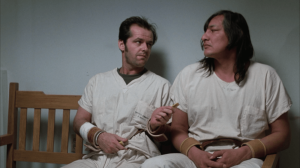 Or France…or Oz…or even freaking Canada, for pete’s sake!  I feel like Randle McMurphy trapped in the asylum; where the hell is Chief when you need him?!*

*One of the very, very few instances where the movie and book were equally great…

Hell, I started sailing again…maybe now is the time to try that circumnavigation!

C’mon, admit it, a few months alone in the middle of the ocean doesn’t sound too bad, does it?  Hell, even if I were to sink, how could spending a year or two facing starvation and disease marooned on a deserted island be any worse than the US right about now?!

The one prescription I will give you is this: don’t vote against.  We’ve been voting against various people and things for decades, and look where that got us…

Vote FOR something….for something, or someone, you can believe in.  Vote to make things better, not because you’re afraid the other side are violent psychopaths out to ruin all you hold dear.

And if there’s nothing in the current election that you can be for?  If there is nothing but hate and fear, darkness and threat?

If there is nothing to be for, maybe it’s time to create that.  A new party…a new nonprofit…hell, maybe just a new mug club at your local brewery…find something, and some folks, that you can be for, then build from there.

I am, by the way, struggling with this very thing.  I loathe in the strongest way the current US administration.  I would crawl over broken glass and piss on an electric fence to get them out.  But…

But now I’m talking about just voting against something.  I still have yet to find something (on the national level) to vote for.

Hmm…maybe Croatia will let me in… 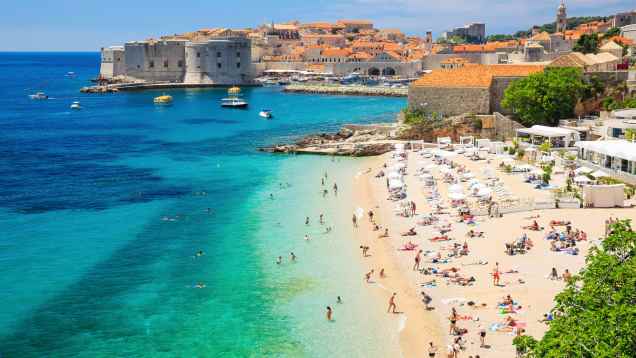 I mean, c’mon, this year has just plain sucked from pretty much every perspective, and it doesn’t feel like it’s ever going to end.  I know we have all the fun and games of the election to look forward to — and I think we all can guess how that is gonna go! — but the cynic in my soul (and my brain, my heart, even my freaking toenails) likes to sit there and wonder just how much worse things can get before November…

What was it they say?  Oh yeah: the best part about being a cynic is that you’re never disappointed.

We’ve had almost no rain around here this summer…now I’m waiting for a Yellowstone fire that will rival 1988.*

*Note — there are always fires in Yellowstone, but usually they are small.  1988 was different…in 1988 better than 30% of the park was on fire at the same time.  It was horrifying.

World tensions are doing nothing but getting worse…now I’m waiting for someone to kick off a freakin’ war that, of course, the US will just have to get involved in.

The economy is shit, and getting shittier…now I’m just waiting for the economic fear and despair to team up with the social tensions tearing at the nation and turn this thing into a full-fledged clusterfuck.

Or, in the words of Armageddon, things are gonna basically be “the worst parts of the Bible.”

Oh, and let’s not forget the fun of (potential) manmade disasters, either.  You just know, given how this year has gone, that some half-drunk aho is gonna run a 200,000 ton tanker onto the rocks somewhere.  The Rs will blame it on environmental rules and BLM, while the Ds will blame it on Wall Street and Thomas Jefferson.  Crap, I could write the headlines and talking points now and not be far off!

From time to time I’ll get into discussions with friends and acquaintances about writing.  Usually, those talks are about the mechanics of plotting, and how characters affect — and are affected by — said plot.  No one ever wants to talk about imagery, or metaphors, or language… *sigh*

Anyway, people will say, “it’s just not real.  That much bad stuff never happens in just a few months or a year!”

Your Honor, I would like to submit into evidence the year 2020.

Of course, a story that is unremittingly negative…

A story where the characters simply suffer and suffer… 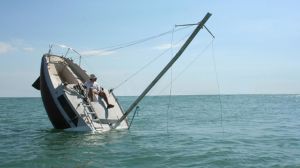 Crap, I need this sailing trip more than I thought!  On that note, by the way, I will try and post at least a flashfiction piece while I’m up on the water, but we’ll have to see.  If I manage to stay true to this year and sink the damned boat, it might be a while…

Okay, so here’s a public service announcement for you: don’t get into a friendly discussion about conspiracy theories during a pandemic.

“It’s a Dem plot to bring down Trump.”

“The Chinese made it.”

“Bill Gates is using COVID to microchip and enslave us all.”

“Medicines and vaccines are made from alien DNA.”

“Trump will revoke the Bill of Rights.”

“Biden will revoke the Bill of Rights.”

Where are the ones about Queen Elizabeth and the Lizard People?  Why isn’t the virus from the moon?  And, really, not one freaking mention of the Illuminati?!?!

I mean, c’mon people, it’s like you’re not even trying.

If we’re gonna go full stupid about this thing, then let’s pull out all the damned stops!

And, Heaven forbid we forget the Holy Grail and it’s mystical guardian, Tim the Enchanter!

Good lord, where is Tom Wolfe when we need him?  Or Umberto Eco, or Mark Twain, or Jonathon Swift?  Crap, I’d kill for a good dose of Douglas Adams on COVID and all of this idiocy right about now.

But do we have them?  Nope, not now that we really need them.  No, instead we have The Nation and MSNBC spouting the extreme leftwing conspiracy bullshit, while InfoWars and Fox News handle the idiocy from the extremes of the right.

And the worst part of all of this?  This shit has gone so full-bore stupid that I miss the days when we were arguing over stains on a blue dress and what kind of cigar it was.

This, by the way, is why I write sci-fi and fantasy — not so I can make up outrageous insanity, but so I can get away from it!  And now back to my stories and characters who just want to rob, rape and kill like normal villains…

Remember when I talked — just a post or so ago, to remind you — about having an adult conversation about this virus and all of its fallout?  When I talked about those in positions of power and influence offering *gasp!* honest information and assessments?

Ahh, the naivety of youth…

The folks who worked with and for me asked, when all of this shit started to fall apart, if the furloughs really were temporary, or if “furlough” was Latin for “fired”.

At the time, I laughed and reassured them.

At the time, I even believed that reassurance.

Just how many of the “temporarily furloughed” will be rehired when all the COVID fun and games are finished?  Hope and optimism tell me that number is in the 90%+ range…but hope and optimism are abusive lovers who have beat the shit out of me in the past, so why believe them now?

Companies get a bad reputation from mass firings — err, “course corrections” — so many avoid them like the plague…

Well, there goes that argument.

When you’re IN the freaking plague, what is there to avoid?

It’s a “Get Out of Jail Free” card for the executive set, that’s what it is.  They get to fire…  Sorry, they get to furlough until their hearts are content, but then they can 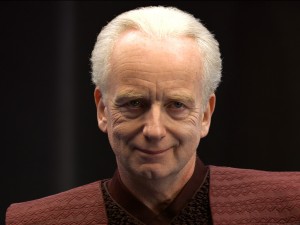 Ahh, it’s good to be a heartless asshole when the world is falling apart.

A few weeks ago, I thought jobs were safe.  Today, I thinks it’s a flip of the coin.  And tomorrow?  Tomorrow, I think you’re gonna have to roll the hard seven to have a job. 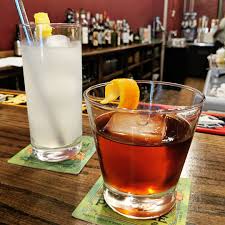 But, hey, at least we have the election to look forward to…

Shit, where did I put that bottle of scotch?