Or, translated into everyday-speak, karma’s a bitch.

I’ve worked for some assholes in my life.

I’ve…err…been an asshole in my life.

And from it all I’ve learned that life is just too damned short to be an asshole.  Or to voluntarily put up with one.  Nothing is worth that frustration, certainly not a paycheck.

Now, I’m not going with this where you think I am…err, at least not directly.

Okay, yeah, there’s an asshole boss where I work.  And yeah, he has created a toxic environment that has driven out at least 6 full-time staff that I know of, and at least as many seasonal ones.  But that’s not the post…

The post is that “comes around” part I mentioned in the title.

I’ve paid a price for every time I was an asshole.  Whether personally or professionally, I have been called to task for my actions sooner or later.

Years ago, when my life was saved by three people with whom I had grown up, I had an eye-opening conversation with one of them.  Two of those friends I knew well.  Two of them I had known since we were measuring our ages in single digits.  One I met later, in high school. 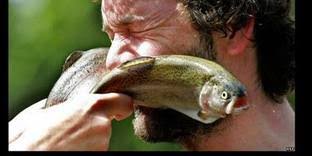 It was that particular friend who slapped me in the face with some stinky, nasty karma.

“You know,” he said, “you were an asshole in high school.  I wanted to like you, but you were just a dick to too many people.  And the worst thing was that you didn’t even realize you were being an asshole.”

Keep in mind, this man — this friend — had helped not only to save my life from one of the worst depressive and suicidal points in my life, he had stayed with me and helped immensely with the process of healing and recovery.  I owe…everything to this man, and to my two other friends.

And he had just told me I had been an unmitigated asshole to him.

Holy shit, did that particular little bit of karma hurt.

Thankfully, that urge is a very small part* of me.  The far larger part of me just looks at this guy and wonders, “who’s gonna be there to save your life when everything goes to shit?”

*It wouldn’t have been so small a part when I was young.  Hence my friend’s story about my being an asshole…

My life was saved in spite of who I had once been.  My life was saved by friends who looked past the asshole I once was and saw who I really am.  Now, that experience leads me to a certain sympathy for the assholes of the world out there, if only because I believe firmly in the power of redemption and second chances.  The jaded cynic in me, on the other hand, is more than strong enough to keep chirping and snarking even under the power of that sympathy.  To be redeemed, there has to be something worth saving in the first place…

To be redeemed you have to, well, be willing to be redeemed.  To change, you have to want to change.  The Serenity Prayer is not mere words, not saccharine sentiment:

The hard part of all this for me is that this asshole-boss has hurt friends of mine.  He has caused damage to people I care about.  He has affected the environment and atmosphere even in the isolated little world at work that I call my own.  With all the damage this jerk has caused, my response — my dilemma — is this…

…am I good and strong enough to follow my friend’s example?  Or am I still the ghost of that person I thought I left behind so many years ago?

God, I hate shit like this.  Moral quandaries are for the characters I create, not me!