I’m doing some traveling later this year.  After a few years of staying put here in the US, I’m finally heading back to Europe for a couple of weeks.

Oh my, have I missed that kind of travel.  Don’t get me wrong, I love all the hiking and exploring I do in Yellowstone and the Rockies, but that only scratches one particular kind of itch.

Left unscratched — for far too long, by my lights — is another itch, one just as strong for me: the itch to explore different cultures and languages, different histories and dynamics.  The itch, when you get right down to it, for the learning and experience that comes only with immersing yourself in someone else’s backyard.

Now, I’m not traveling alone this time, so my usual low-to-the-ground, full-immersion kind of trip isn’t really on the agenda, but still I’ll sneak in some aimless wandering and exploring.

So, I put all that intro in there to say that I’m starting to think about — and brush up on — my old travel and exploration skills.  Not least among those skills, of course, is language.  Sadly, fluency in a foreign language is a (very) perishable skill.  Of the five in which I’m fluent, I’ve really only used two with any regularity in the last few years…and French ain’t one of those.

I won’t be in France for terribly long — it’s just the first chapter of the trip — but I am not going to  stumble around, bumbling just to say please and thank you.  I used to be fluent at the everyday-level, goddammit!

So why, I hear you ask, did I mention watching cartoons in the title?  For the language lessons, of course!

Look, one of the first bits of advice I give people who ask about travel and immersion is to listen to kids.  Young kids — three-, four- and five-year-olds — are a great primer for picking up the basics of a language you don’t know.  Since they’re just learning the language, they speak in simple sentences, over-enunciate their words, and (over)use context and non-verbal communication to convey meaning.  Most importantly, their parent/care-giver will often correct and teach them on the fly.

When you’re past that point, however…  When you’re more familiar and capable with a language…  Kids are still your friends, as is TV. 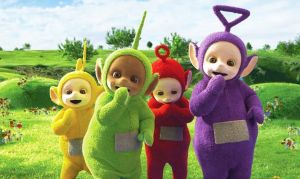 I learned basic Czech by watching the freaking TeleTubbies every morning at breakfast.  A few days of that, and a willingness to look and sound like an idiot while I tried to talk to people, and the snowball of comprehension and understanding turned into an avalanche.

With French, I don’t need to be that basic, thank God.  I do, however, need to re-immerse myself enough to understand the language when it’s spoken rapid-fire.  I also need to work on the vocab and slang that textbooks and old copies of French literature just won’t teach. 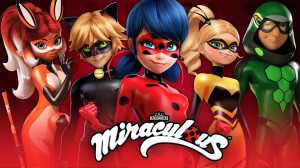 And so here I sit, watching French cartoons and shows for the middle- and high-school crowd.  The subtitles have been on for the first couple of weeks to give me a “safety net” of sorts, but that is about to change.  Once I can get through a few more episodes of Miraculous without needing to pause and re-listen to every other line, it’ll be time to graduate — once again — into French cinema… 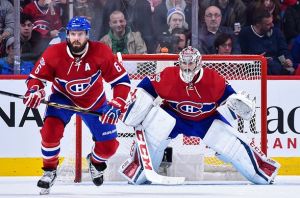 Do you have any idea just how much I’m looking forward to re-watching Luc Besson and Louis Malle without cheating?  And don’t even get me started on watching Montreal games with the French* play-by-play on!

*I know, I know — Quebec ain’t France.  Even though I learned formal Parisian French in school, I learned true day-to-day speaking among the Quebecois.  In Spain folks made fun of me for speaking “Mexican,” and I didn’t give a damn…so the French will just have to live with the bad linguistic habits I picked up here in North America.  To those who like to bitch about stuff like that, all I have to say to is, get over it!  Harrumph.