I was out hiking the other day, and I started thinking about audiences.  About the “how” and “who” that every writer is supposed to keep, at the very least, in the back of his or her mind as the words pour onto the page.

Hey, these are the kind of things I think about when hiking in the middle of a blizzard.  Wait…what…you’re surprised by that?  Shit, I write entire scenes in my mind as I hike!  Now, whether I manage to retain them or not is another question entirely…hence Rule #1: you write it, right away — you always write it.

Look, I’ve mentioned before the questions that irk the hell out of me — well, one of the biggest of those is, “Who are you writing for?”

I’m writing for me.  There ain’t no other answer in my little corner of the writer-ish universe.  In the words of my current protagonist, I write “for me, and for my ghosts.”

Why the hell should I worry about who?  Why the hell can’t I just write the damned story that lives in my head, and let the chips fall where they may? 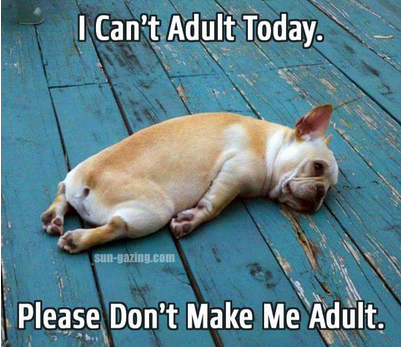 *sigh* Apparently, even writers have to adult sometimes…

Honestly, I don’t think anyone who has read this blog for more than a couple of posts will be surprised by the fact that I’m nothing more than a big, arrested adolescent.  I’m a twelve-year-old with a car and a job, as a friend once told me.  And, believe me, I like it that way.  I also write that way…err, maybe not as a twelve-year-old*, but most definitely as an arrested adolescent.

*There is far too much abuse of booze and drugs in my stories for that, not to mention far, FAR too many uses of various versions of the word “fuck”…

The problem is that as of now I’m stuck in that space, at least from the point of view of the publishing industry.  That means I have to keep in mind the norms of YA, and the ever-changing unwritten rules of YA.

“Do your characters have to curse so much?” one editor asked me.

“The story is great, but can you get rid of the drugs and sex?” asked another.

Yes, the fucking well do.

No, I fucking well can’t.

So much for adulting as a writer.

I will prostitute the hell out of my soul for success in the writing game.  I will sell pieces of my anatomy, and of my family’s — little does my brother know, but his left testicle has already been traded to a publisher for a deal on a couple of articles! — but I won’t sell my story’s soul.

When I set out to write this post, I wanted to talk about how we writers have to keep in mind our audience.  How we have to be like salesman in that we have to always tailor what we say to our audience.  Then my own pride — my own soul — proceeded to undercut the shit out of that argument.

Maybe that’s why I’m an EX-sales-monkey.  It certainly is why all my writing deals seem to be lacking the number of zeros that would truly make me financially secure…

My brain hurts thinking about this crap.

Shit, I’m a writer.  I just want to write stories.  I want to write the stories I want, the stories that live in my head.  However many — or few — folks out there who actually want to buy those stories is, well, secondary at best.*

Okay, I can hear the demands in my head — the following group of pictures were all taken in that famous blizzard-driven, winter praradise of JUNE: 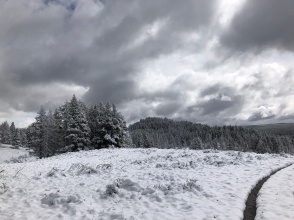 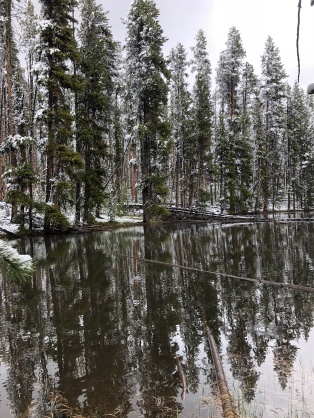 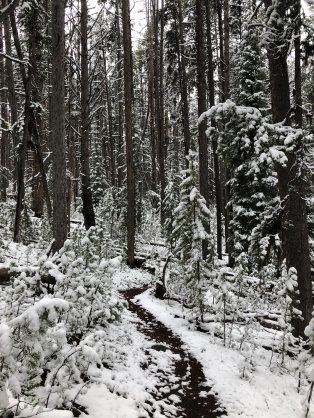 One thought on “Who Do You Write For?”