I’ve written before about the futility of those who demand that others “shut up and X.” Whether that variable is sing, play, write, act, paint doesn’t matter. However you fill it in, it still comes down to an admonition that is, in essence, nothing more than a petty, childish demand for everyone on the playground to do what the admonisher wants. The rest of the demand, by implication, is that if others don’t give in to the demands, well…they’ll just take their ball and go home.

No, I will not “shut up and write.” Not anymore than I would expect an actor to play a role without bringing to bear a layer of subtext and meaning that goes beyond the mere words of the script. Nor a painter or sculptor to produce a work without message or substance. If you have something to say, you say it, regardless of occupation or calling. That goes double, by the way, for those creating their own works (whether song or story or painting or any other damned thing).

But — of course there’s a BUT — but communicating subtext and meaning can all-too easily become preaching, and that very quickly becomes tiresome. I don’t mind having my assumptions and beliefs challenged by a work, but I do not want to be preached at, no more than I want to be lectured.

That’s a hard one, not least because there really is no correct answer. The only rule I can really come up with — at least for myself — is that when your messages and your themes become proselytization, let alone evangelism, it’s time to dial them back…a lot. You have to trust your readers to follow the breadcrumbs of thought and insight you put out there. If you try to force them to follow, you’ve already lost. 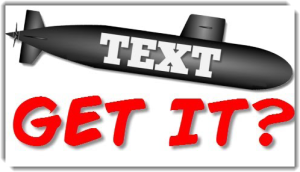 Now, look, I like putting elements of social commentary and politics into what I write. Certain themes are very much at the center of the sci-fi I envision, to be honest, especially those themes that are focused on the individual, and on all the shit — the exploitation and marginalization — that we as a society allow and condone. But if I start preaching that? If the story becomes more about a message than it is about the characters and the plot?

If I wanted to read a philosophical or political treatise, I would’ve bought one.

I wish I could say there was a magic formula, and an easy answer, but there’s not. Hell, for my own writing, I actually worry about this from both sides: as much as I think about, and try to defend against, being overbearing and preachy, I also worry about being too soft. Hiding too deeply and obscurely what I want to say is, on a personal level, just as bad as getting up on my soapbox.

The simple fact is that I spent a lifetime being quiet, telling others only what they wanted to hear.* I didn’t challenge their assumptions or prejudices, and I certainly didn’t offer any hint or view of something else…of something more. I’m done with that. I have something to say and, goddammit, I’m going to say it.

*As I’ve mentioned before, I am in fact a reformed sales & marketing weasel.